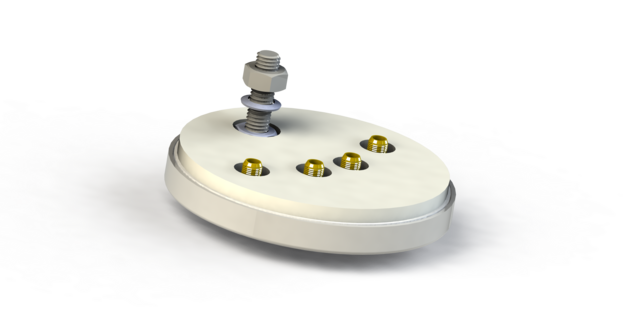 High data throughput and good signal stability in the train

High data throughput and good signal stability in the wagon

With the multiple input/multiple output antenna MIMO 2x2, ANTONICS launched a cross-polarized multi-band antenna for indoor train and bus applications back in 2016. The orthogonal arrangement of the ports ensures stable signal reception in different installation positions and prevents unwanted effects, regardless of how the signal rotates. With the ever higher data rates that have to be covered since then, sooner or later an expansion of the antenna became obvious. The result is the 4x4 MIMO indoor train antenna developed on the basis of the 2x2.

The goal of the development: to further increase the independence from the installation position by additional antennas, which could be achieved by the multipolarization. The omnidirectional (all-round) radiation enables a large illumination area - the entire railway wagon can be covered with it. According to René Röder, CTO of ANTONICS, the challenge was to integrate two additional antennas into their very small, flat design, taking into account the effects between the antennas, because the aim was to create a very small antenna with a large antenna gain. Many years of experience and a practical approach paid off once again. In addition to the improved signal reception, the frequency range of the new 4x4 MIMO has been extended to the WiFi 6E standard.

"As a medium-sized company, we can react quickly to market developments and customer requests," says Theresa Marie Röder, CMO of ANTONICS. Following the company slogan "The future of connectivity", the new 4x4 MIMO antenna contributes to driving comfort by ensuring stable WLAN in buses and trains. "Our reliable antenna systems benefit transport companies and passengers and are also good for city marketing."